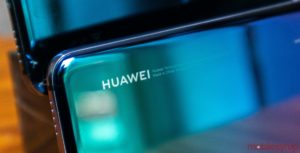 The United States could face an $11 billion USD revenue loss by banning U.S. companies from selling to Huawei components and parts.

U.S. President Donald Trump signed an executive order that bans any foreign company from supplying U.S. companies if they pose a national security threat. The ban was announced alongside Trump declaring a national emergency regarding technology threats against America.

The ban not only would cost the U.S. billions of dollars in potential revenue loss, but it would also disrupt the global supply chain.

CNN reported that in 2018, Huawei spent $70 billion worth to buy parts from 13,000 suppliers and of that $11 billion was spent on U.S. suppliers. That included chipsets from Qualcomm and Broadcom, Microsoft software and Google’s Android.

But now that Huawei, and any foreign company that is not licenced to buy or sell from exporters in the U.S., is barred from doing any business, it creates a potential loss.

“Both the company itself and the networks of Huawei customers around the world [are at risk], as the firm would be unable to upgrade software and conduct routine maintenance and hardware replacement,” analysts from Eurasia Group wrote in a briefing.

That means that customers using a Huawei smartphone might not be able to update their Android operating system because, as the analysts noted, Huawei “does not appear to have a ready alternative.”

“This decision is the latest move in the campaign against Huawei, waged by the U.S. government for political reasons,” Ken Hu, one of Huawei’s rotating chairman, said in a memo.

“The company has known this could be a possibility for many years…We have invested heavily and make full preparations in a variety of areas,” he said.