Telus expands promotional offer, get 25GB for $95 per month 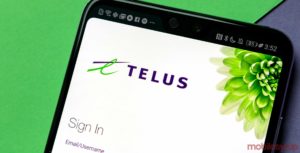 As the pricing war heats up, Vancouver-based national carrier Telus expands its bring your own device (BYOD) promotional plans and adds subsidized pricing for those who want to get a new phone.

The update follows Telus’ $75 10GB plan with a 5GB bonus, which came out on June 12th in response to Rogers, which announced its ‘Infinite’ unlimited data plans the same day. Those plans are now available.

Now, Telus has added another option to its BYOD offering to join its $75 10GB with a 5GB bonus offer. The new offer lets you get 20GB of non-shareable data for $95 per month. Like the $75 version of the plan, the $95 option has a 5GB bonus that expires after 24 months, giving you 25GB for two years.

Further, both of these plans are now available on contract as well, starting at $85 for 10GB plus 5GB or $105 for 20GB plus 5GB on a Standard tier plan.

The price goes incrementally for each tier. For example, going up to Premium tier adds $20 to the cost — the $75 BYOD plans becomes $95. Premium+ increases the plan to $105, and Platinum takes it up to $115.

The 20GB plus 5GB version of the plan increases accordingly as well.

The different tiers don’t add anything to the plan but do determine the discount you receive on a given device. You can learn more on Telus’ website by selecting the phone you want and viewing the cost on different plan tiers.

Finally, the Telus promotion is available for a limited time. According to fine print on the website, the offer will go away on July 2nd, 2019, so if you want to take advantage of the deal, you’ll want to act quickly.

You can learn more here.


The post Telus expands promotional offer, get 25GB for $95 per month appeared first on MobileSyrup.