Microsoft appears to be working with developer Epic Games on a Fortnite-themed Xbox One S console.

An image leaked by German outlet Winfuture points to the existence of an Xbox One S console sporting a black-to-purple gradient. 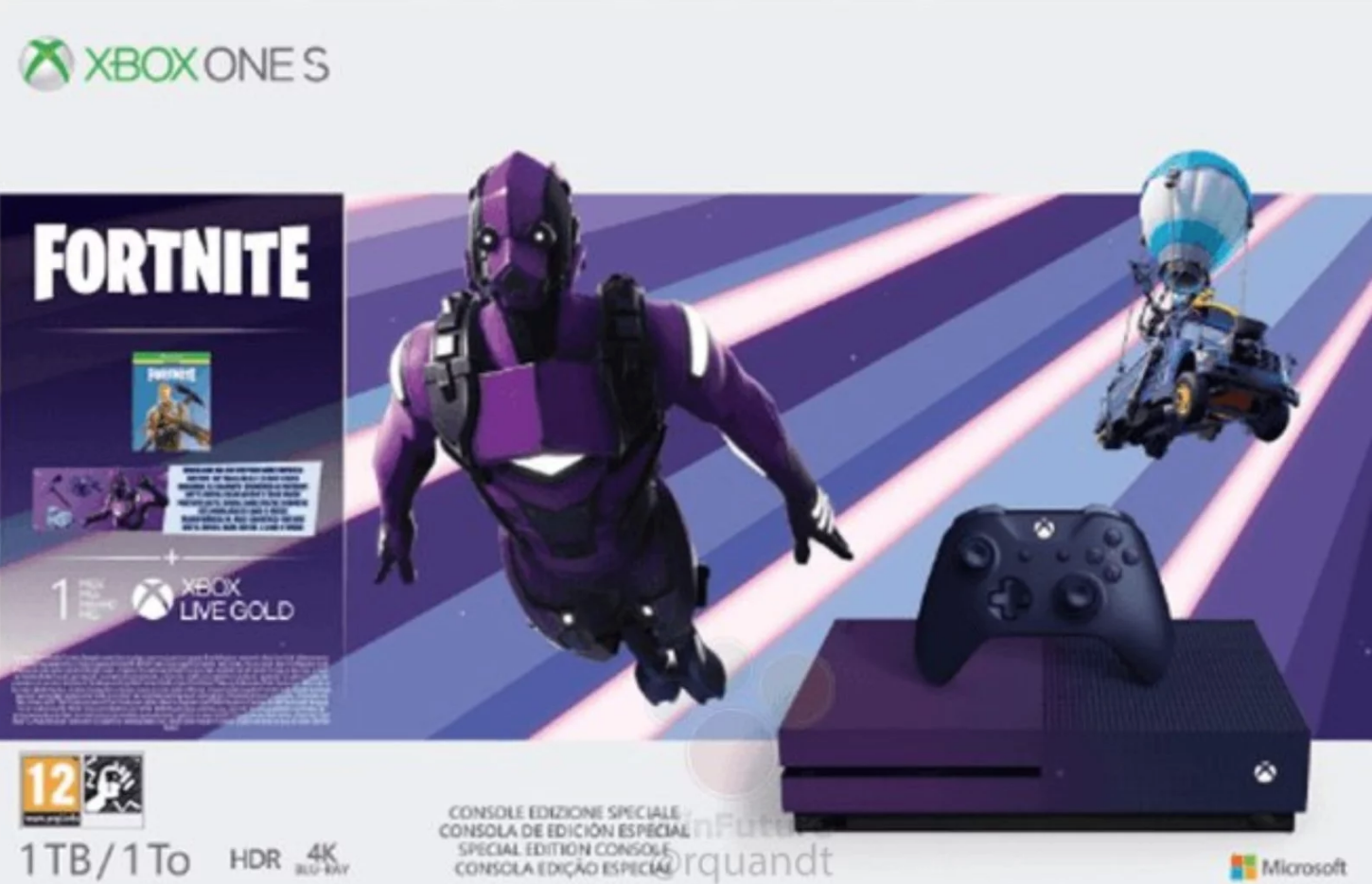 Brad Sams of Microsoft outlet Thurott first teased the console on Twitter and Windows Central is now corroborating the veracity of Winfuture‘s image.

The console is particularly noteworthy because there hasn’t yet been a purple Xbox One S. Most of the Xbox One S bundles — including the existing Fortnite one — are white. Meanwhile, older models of the Xbox One, as well as the 4K-capable Xbox One X, are typically offered in black.

Outside of the special colour scheme, the new Fortnite bundle appears to be a standard console (rather than the recently released digital-only Xbox One S) that includes some bonus content for the game.

It’s unclear how much the bundle will cost or when it may be released. However, Microsoft has its major annual Xbox briefing at the Electronics Entertainment Expo on June 9th, so it may reveal more then.