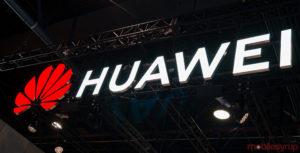 Rival tech giants Samsung and Huawei have both agreed to drop their respective smartphone patent lawsuits against one another, according to local Chinese media.

The two companies’ legal dispute started in May 2016 when Huawei sued Samsung in China and the U.S. for allegedly infringing on its patents for 4G wireless and other technology.

Samsung responded with a counter-lawsuit against Huawei, which has since led to more than 40 lawsuits filed between the two companies in China and other countries.

Terms of the settlement were not disclosed, but local media believe the deal will lead to both companies cross-licensing to one another patents tied to basic technologies.

As for why the companies finally settled, Nikkei Asian Review speculates that both companies felt they were better off directing resources towards other areas, especially as the global smartphone market becomes more difficult to operate in.

According to the International Data Corp., worldwide smartphone shipments fell 4.1 percent to 1.4 billion units in 2018, marking two years of decline.