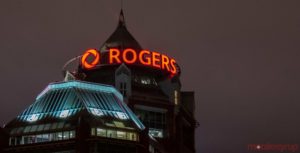 Toronto-based national carrier Rogers says the carrier expects approximately a $140 million CAD impact to its current quarter as a result of the CRTC’s new wholesale rates for access to high-speed broadband networks.

That change will “account for the retroactive impact of the lower rates,” Rogers said.

The carrier said in a press release that the order “does not recognize the true cost of building and expanding Canada’s world-class broadband networks and will certainly impact Rogers’ future network investments.”

It indicated that it was “determining next steps, including a review of all future investments in rural and remote communities.”

The Canadian Radio-television and Telecommunications Commission (CRTC) announced the new final rates last week and said that they are lower than the interim wholesale rates implemented in 2016, which were also set to foster competition at the time.

In 2016, the CRTC cut proposed rates for network access by up to 39 percent and reduced the rate for the transport of internet data by up to 89 percent.

It is important to note that the final rates will be applied retroactively, but that a decision on rates for fibre-to-the-home will be “forthcoming.”

Rogers’ announcement comes after Bell said the changes will impact its business by $100 million. Bell also said it intends to cut its Wireless Home Internet service buildout plan by 200,000 households to approximately one million locations.

Oh wah wah, cry me an f'n river! They've been gouging and undercutting TPIA's and got caught with their hand in the cookie jar! Now, like the petulant 3year old, they are throwing a temper tantrum and are taking their ball home so no one else can play with it.