iPhone 11 Hands-on: The one to buy 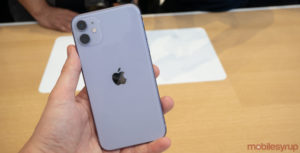 Similar to its predecessor, the iPhone 11 includes all of the iPhone 11 Pro and Pro Max features most people will care about, but with a friendlier, colourful design.

As expected, there are also a few key shortcomings present in the iPhone 11 the average iPhone user likely won’t even be aware of. 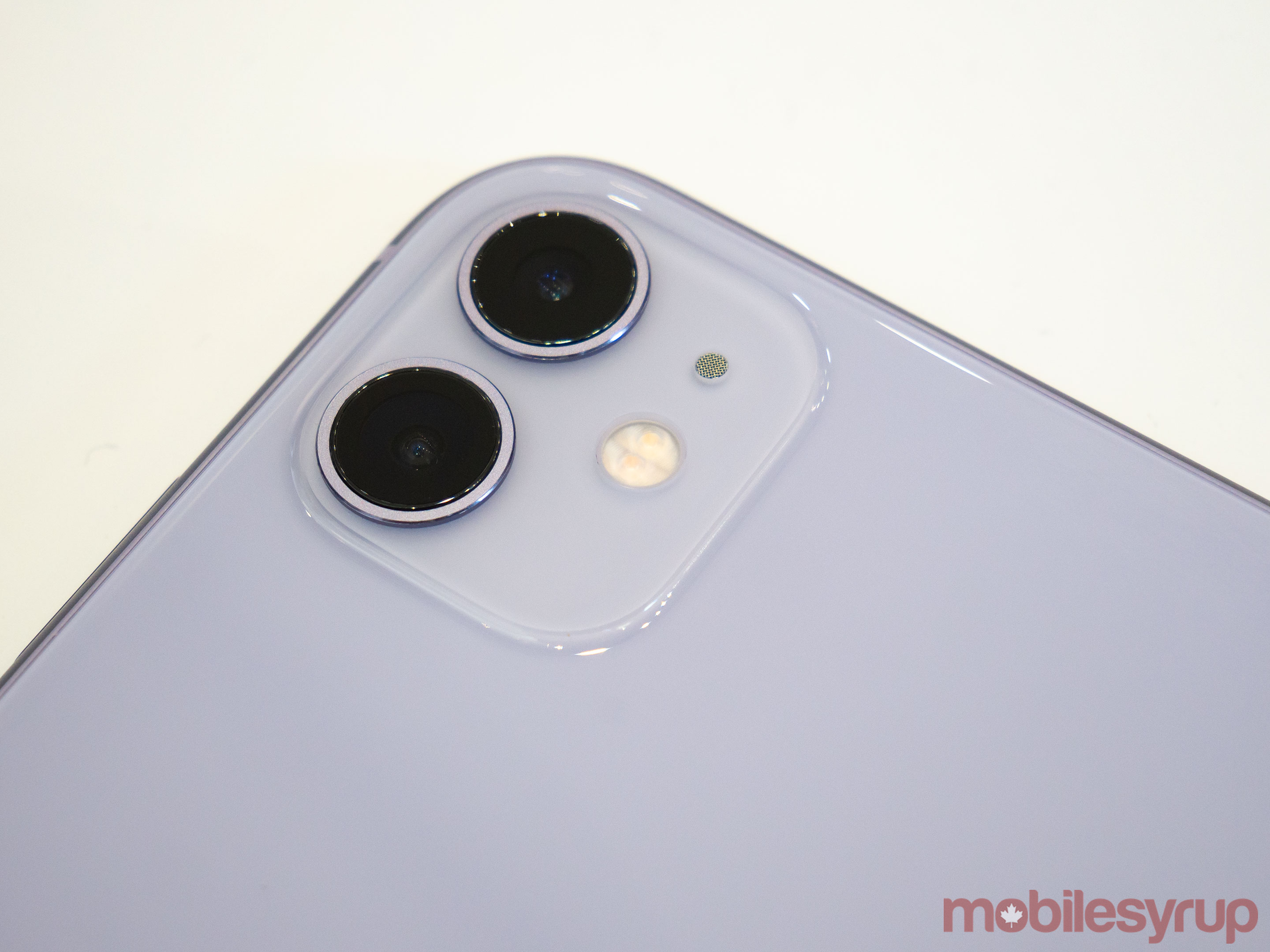 The iPhone 11 features the same A13 Bionic processor as this year’s Pro models. In my brief time with the smartphone I found the experience just as snappy as the Pro and Pro Max.

The next thing most will likely notice about the phone is the addition of two 12-megapixel cameras on its rear. Rather than a telephoto lens like with the Pro, the iPhone 11 instead features a wide-angle shooter. This means the camera won’t be capable of optical 2x zoom like the Pro or last year’s XS series. Instead, the iPhone 11’s second shooter captures a wider frame, which will likely be more useful for the average iPhone user anyways.

The iPhone 11 is also capable of shooting slow-motion video with its selfie camera, horribly dubbed “slofies” by Apple, as well as ‘Night Mode’ low-light shots. I, unfortunately, didn’t get the chance to test out either of these features, but they’re additional examples of key functionality from the Pro and the Pro Max being featured in the iPhone 11. 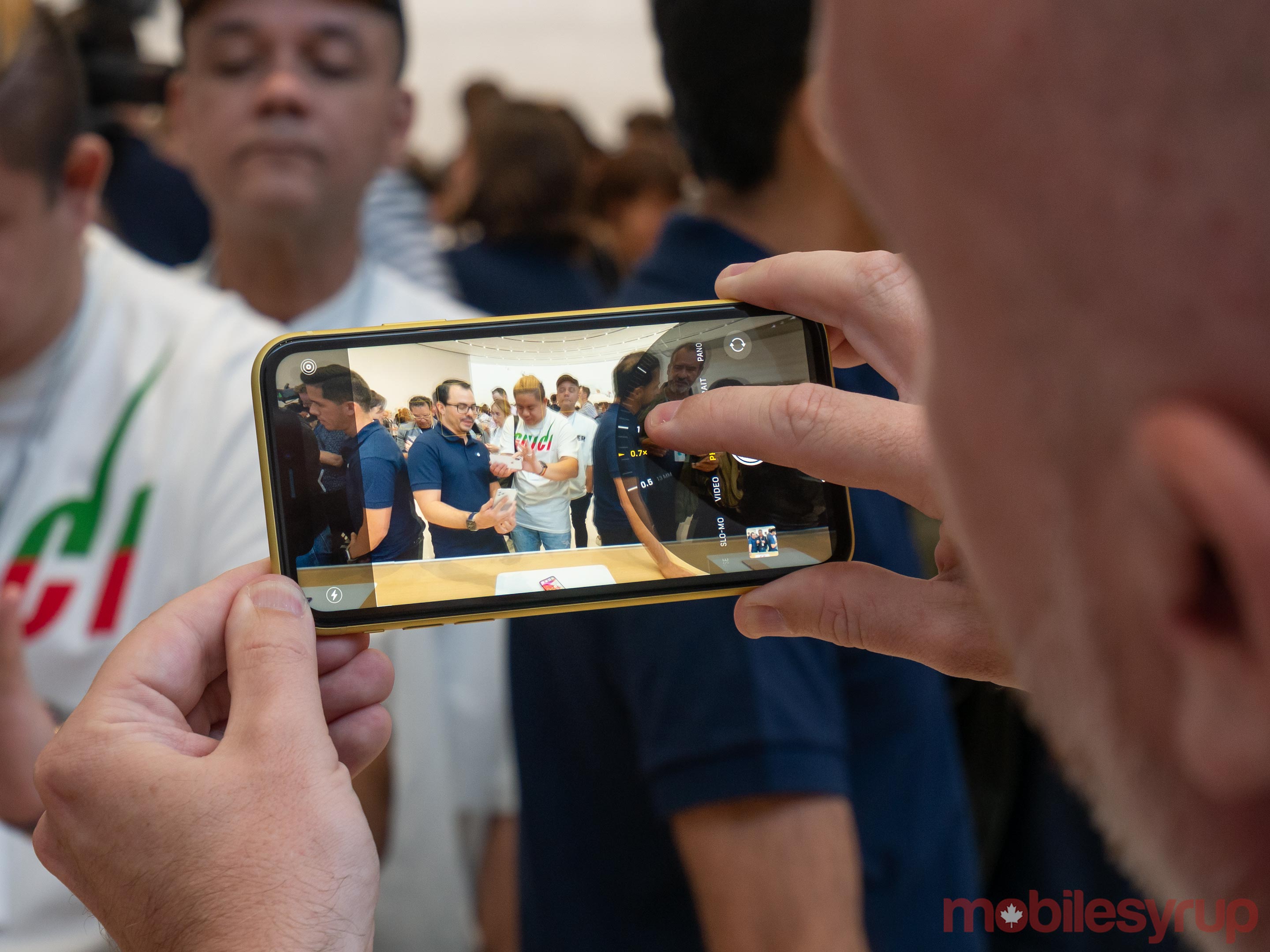 That said, given the Phone 11’s bump is transparent, it’s not quite as noticable as you might expect.

I’ll need to spend more time with the iPhone 11’s camera, but at the outset, I’m impressed with what it has to offer in comparison to last years XS and even the new iPhone 11 Pro. 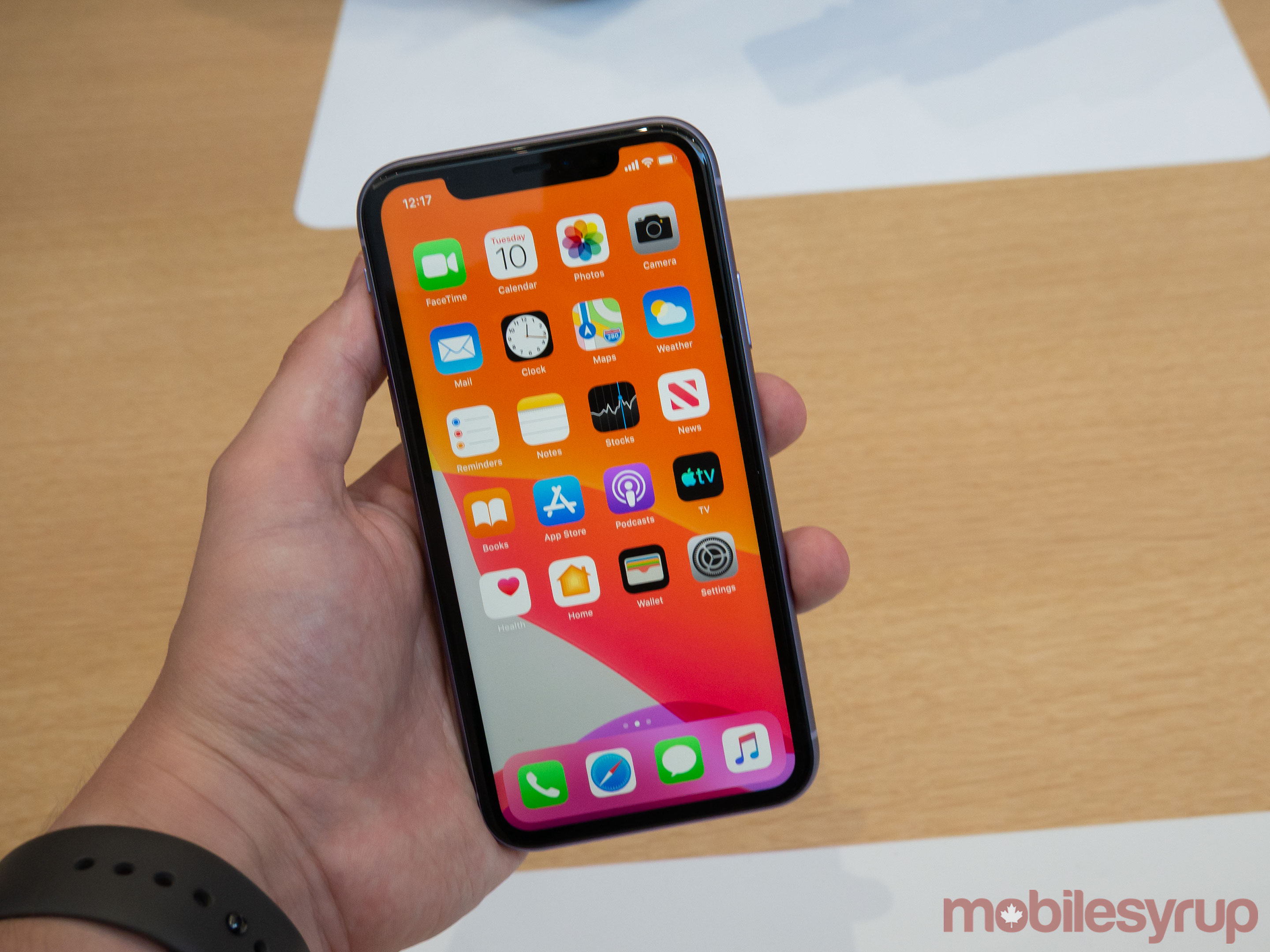 The fact the phone features the same 6.1-inch LCD display as the XR and not an OLED screen will likely be a point of contention for some, particularly Android users.

Yes, $979 CAD is a lot to ask for a smartphone in 2019 that only sports 64GB of storage and features an LCD display, but after briefly looking at the iPhone 11 Pro’s screen beside the iPhone 11, the actual difference in quality was negligible. Just like last year, this is another example of a feature some smartphone enthusiasts might care about but that the average iPhone user probably wouldn’t even notice. 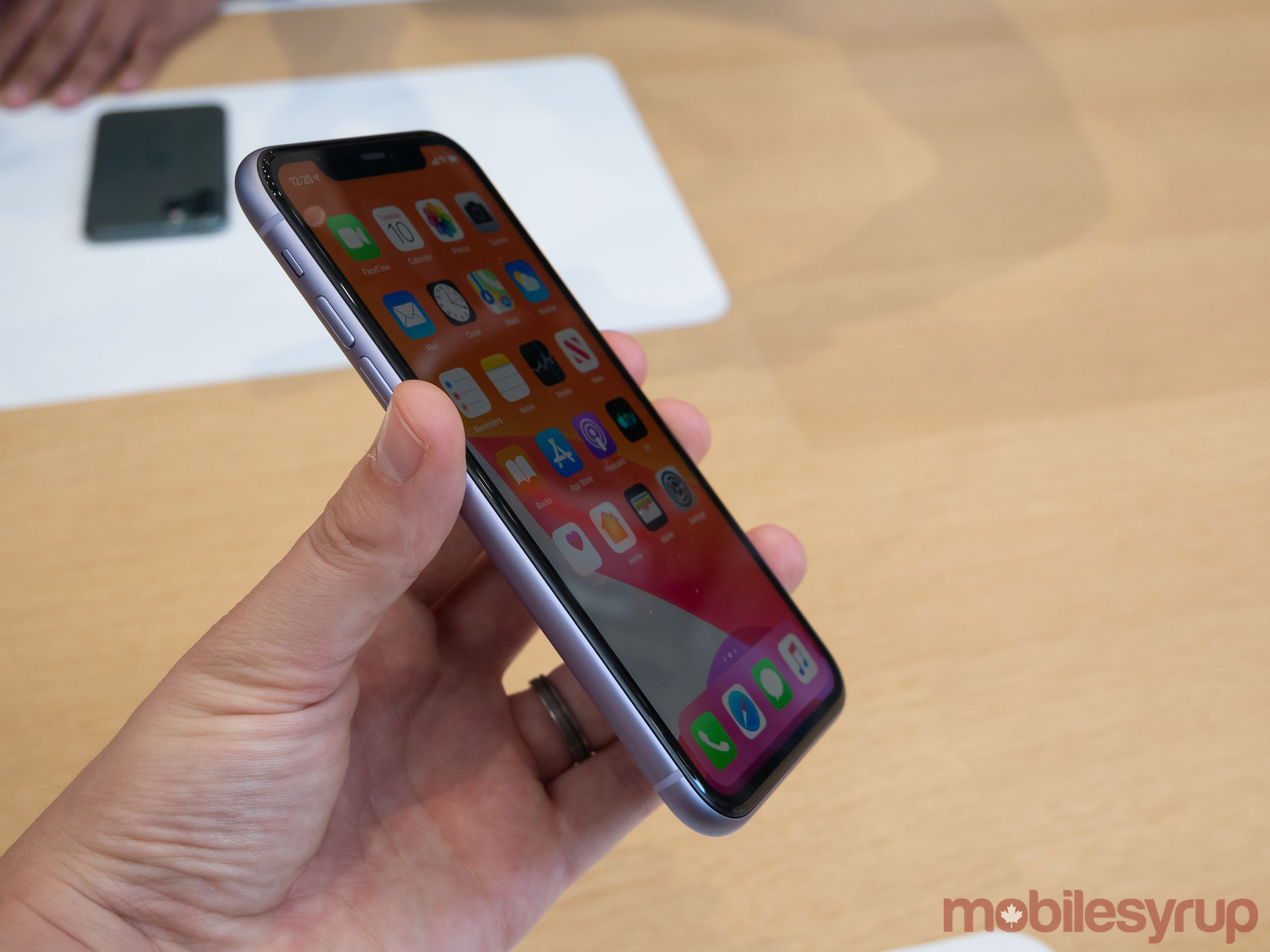 The iPhone 11 is also rated for one additional hour of battery life compared to the iPhone XR, which is in stark contrast to the four to five hours the iPhone 11 Pro and Pro Max get from the A13 chip — at least according to Apple’s claims.

It would have been great if the tech giant made similar improvements to the iPhone 11’s battery life. 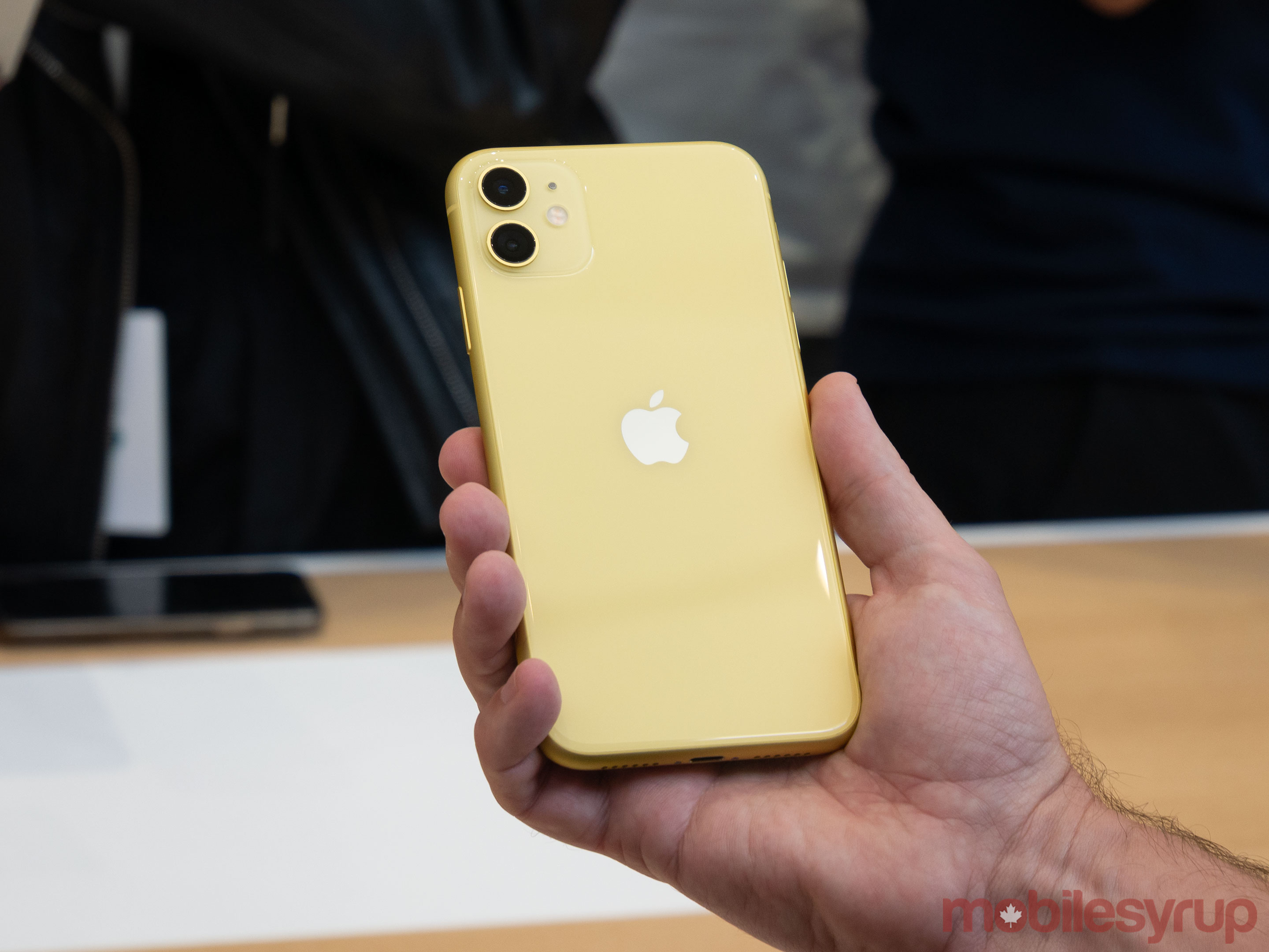 Finally, there are two new colours this time around, ‘Purple’ and ‘Green.’ Both colours are welcome additions to the lineup, but I’m particularly fond of the faded hue of the purple variant — it just feels different and makes the iPhone 11 stand out.

It’s also worth mentioning that dropping the ‘XR’ name for just ‘iPhone 11’ holds significant weight. In a way, it means as far as Apple is concerned, the iPhone 11 is now the defacto 2019 Apple smartphone. If you want extra features, just like with the iPad line and the iPad Pro, the new iPhone 11 Pro series is what you’re after. 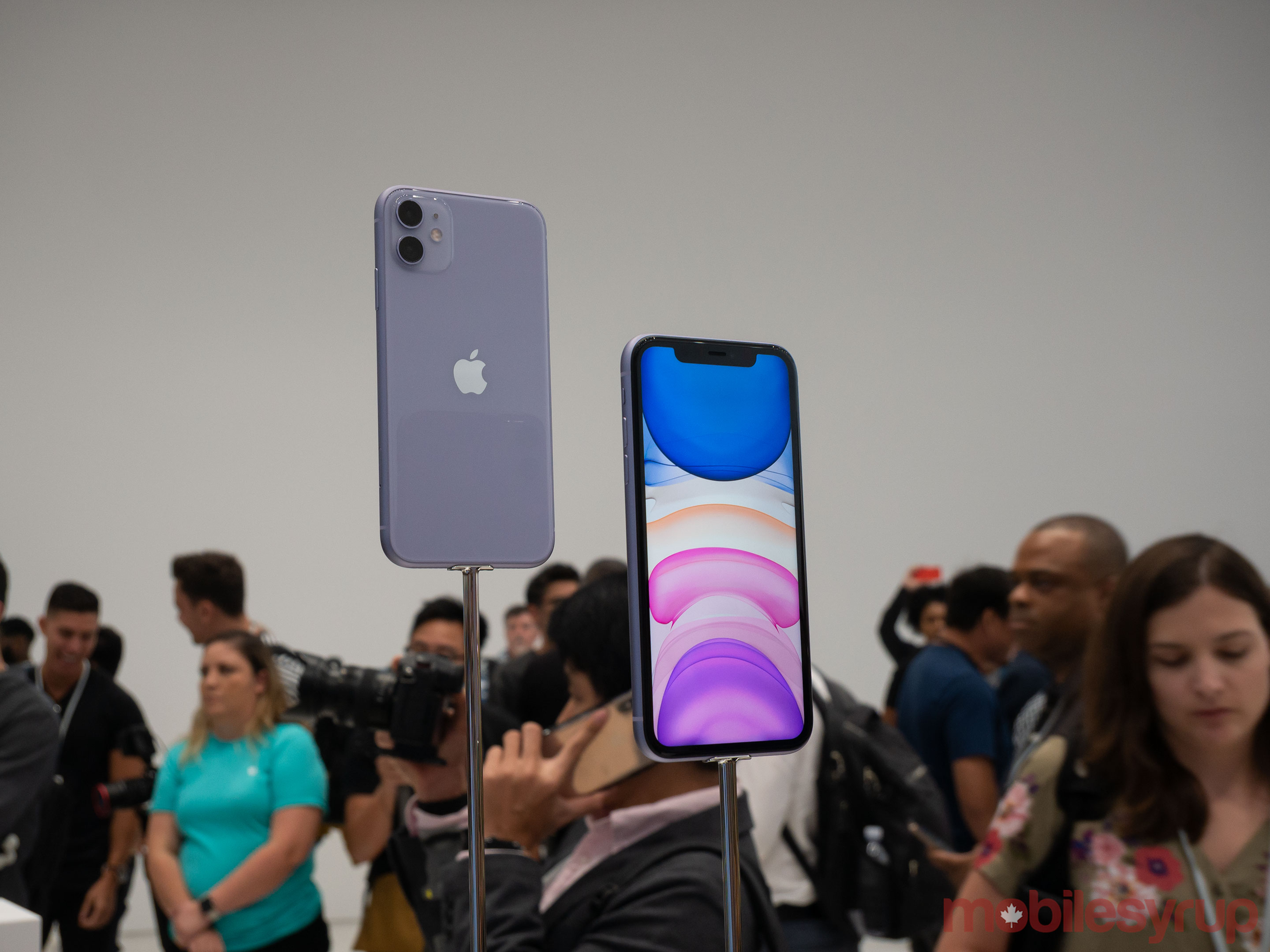 For everyone else, there’s the iPhone 11.

Apple’s iPhone XR was one of my favourite smartphones of last year, so I’m not surprised its successor is just as appealing. We’ll have more on the iPhone 11 in the coming weeks, including a review of the smartphone.


The post iPhone 11 Hands-on: The one to buy appeared first on MobileSyrup.