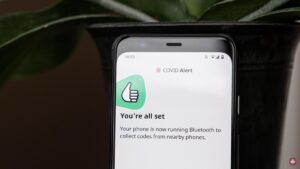 The Public Health Agency of Canada has revealed that COVID Alert has been downloaded 2.94 million times since July 31st.

The agency told CTV News that only 514 users have notified the app about their positive test results, all of whom reside in Ontario.

These statistics come as politicians, including Prime Minister Justin Trudeau, are urging Canadians to download the app if it’s available in their province, as we enter the second wave of the virus.

The federal government launched COVID Alert in Ontario over the summer, and since then it has rolled out in Newfoundland and Labrador, Saskatchewan and New Brunswick.

The government of Manitoba is getting ready to support COVID Alert this week, and Quebec has revealed that it will use the app too after previously saying that it wouldn’t due to lack of support in the province for it.

It’s worth noting that COVID Alert is not a contact tracing app. It’s an ‘exposure notification’ tool that can inform Canadians if they potentially became exposed to COVID-19.

COVID Alert can be downloaded from the iOS App Store and the Google Play Store.


The post COVID Alert has been downloaded 2.94 million times appeared first on MobileSyrup.